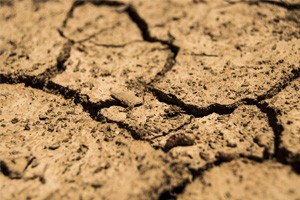 Climate change in Australia is becoming a ‘hot topic’, with the recent release of NASA’s climate report.

In addition, there was the recent announcement of job cuts at the Commonwealth Scientific and Industrial Research Organisation (CSIRO). More worryingly, Australia’s chief scientist Dr Alan Finkel has warned that Planet Earth is “losing the battle” against climate change. Appearing on ABC’s Q&A program, Dr Finkel warned that, “there is genuine reason for concern.”

The NASA report showed that February 2016 was the hottest seasonally adjusted month since global records first started in 1880. This rise in temperature is particularly worrying for Queensland as the population is already susceptible to heat-related deaths. And Brisbane alone is expected to grow to around 4 million people by 2031. According to the Department of the Environment, climate change without mitigation is projected to cause an increase in the number of days above 35 degrees in Brisbane. By 2070, it is expected that there will be 21 days of 35 degree temperatures per year. With the rise in temperature, the number of deaths related to extreme heat in Queensland may reach almost 6000 by 2100!

Australia is already one of the driest nations on earth and is fast getting drier. And by 2070 warming is expected to be between 2.2 to 5 degrees Celsius across Australia, depending on emissions. This rise will affect not only the human population, but flora and fauna too. The Great Barrier Reef is already being affected by significant coral bleaching caused by high sea temperatures.

How can we reduce our carbon footprint and make a difference to climate change in Australia?

1. Travel smarter
Walk, cycle or take public transport wherever you can. Swop your petrol-guzzling 4×4 for a more fuel-efficient vehicle, too. There is also a huge carbon footprint associated with travelling by aeroplane. Before booking your next holiday, consider spending time in Australia rather than abroad. And where possible, travel by bus or rail.

2. Become more energy efficient
There are many simple ways in which you can reduce energy costs and consumption. Switch off your lights, change to energy-efficient bulbs, and unplug appliances from the wall. Properly insulate your home’s roof, ceiling and walls and install double glazed windows to save money and reduce the need for air conditioners/heaters.

3. Recycle and reuse
Make sure to recycle your plastics, glass and cans and throw your kitchen scraps in a composter. The more we keep out of landfills, the less methane gas we produce. Where you can, make sure to reuse as many items as possible, rather than buying new!

4. Go solar
Install solar panels for your electricity needs and reduce your reliance on the energy grid. With an average of  261 sunny days in Queensland per year, there is no reason why solar shouldn’t be your main source of power.

5. Change your eating habits
Try buy local, organic fruit and vegetables and avoid processed foods as much as possible. It takes over 2 litres of water to make just 1 litre of soda, so stay away from sodas and bottled waters. Try go meat-free as much as possible – but at least once a week.

If industry and consumers work together, we can try to reduce our effect on climate change in Australia, or at least learn to live in a more sustainable manner.